“Those who arrive first at the river will find the water cleaner.” – African saying 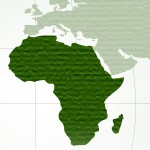 A South-African friend was asking me the other day: “Crisis? What crisis? Crisis is the only thing we know. You have to know how to turn it into a source of opportunities!”

That is the reason why I would like to speak about the “African dawn”. However, the truth is that the African continent has fallen a bit into oblivion. In the best case, the talk now is about the Arab spring, which unfortunately seems to me rather a bloody destruction than a constructive revival.

Meanwhile we do not see, or do not want to see, that countries like Angola, Mozambique, Senegal and others are beginning to take off in a spectacular way, with much higher growth rates than the ones in Europe’s wildest dreams. Paradoxically, very few European businesses are active in Africa and the reason for it just has to be ignorance. If not, how could it be that multinational companies – which usually never waste opportunities – are not more present there?

Nobody seems to remember how Africa took off in the 1960s, thanks to resources like gold, diamonds, gas and petrol. Its glow attracted the wrong friends. Yet I consider that Africa is now on the path to define its own identity and we need to adapt to this new reality and respect it.

A telling example is the famous French multinational which in 2000 predicted in its market study for Nigeria that Nigerians were too poor to buy mobile phones. Twelve years later, there are approximately 80 million mobile phones in Nigeria! Obviously, phone is the best way of communication on the continent, with other infrastructures often failing. So many business opportunities! So many development initiatives!

The fact of having a very, very young population also supports rapid and profitable growth, because all these young ones are eager to consume. The example once again shows me the need to adapt to local reality, that is first to know African cultures in order to understand them at least a little, and second, trust local partners. Finding a local partner is not much more complicated than finding the appropriate partner in Russia or the United States.

Jaw-dropping growth rates from 6% to 8% (due to the crisis) are an invitation to dare invest in the African continent. Furthermore, the best argument, as the African saying goes, is: “Those who arrive first at the river will find the water cleaner.”

This entry was posted in Experiences.