Who starts in 2012 to reform Europe, if not the entrepreneurs?

After the World Economic Forum everybody must have realized that Politicians have few solutions to the huge problems of today. Europe remains a mess, the U.S. is vulnerable, and the emerging markets led by China are slowing down. 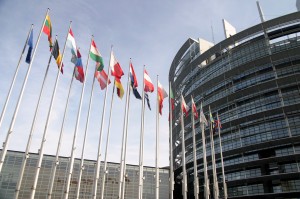 Europe and many of its businesses urgently need reform, but Europe led by the ECB and its Politicians avoid any real and awe-inspiring reforms fearing the results and risks of not being reelected. So let me put the question to you: who should then undertake reforms?

Surprisingly enough one can easily state that many internationally acting groups are in good shape, and it seems obvious that they are not touched by the crisis. Consequently many of these companies such as f. ex. Apple, Inditex or Siemens are accused – in my opinion too quickly – of being to blame, because they transfer their business to other countries with cheap workforces, make huge profits and are not seen to be properly supporting their own nations.

But are we really going to blame those internationally acting companies for being years ahead of politicians and governments? They have prepared themselves in time for the challenges ahead, have established their own business schools, support the development of emerging nations and are searching for excellent employees worldwide. In fact you can find highly qualified, foreign language speaking staff in Northern Africa, in Hungary and in Romania excellent IT-people. And so the list goes on.

In the meantime you can watch the devastating failure of public schools to identify and reward highly-qualified teachers .The only actual solutions seem to be cost cutting everywhere. It is obvious to me that in such a central issue of qualified training for staff- which is a quintessential question of being competitive for international companies -  those  companies are taking the initiative into their own hands.

Also I have never heard of a company that has grown or properly developed by pure cost-cutting. From this point of view the solution may lie in more rather than less marketing. And let me put it quite clearly: I am pleased if I see profits, as this means an incentive for further investment, well understood in the interests of everybody to keep the economy running.

The entrepreneurs should clearly defend their interests, ask for labor market reforms instead of calling for subsidies, prepare our companies better for global competition instead of complaining and go international instead of asking for state protected tariffs.

In that sense “Let’s GO GLOCAL”, because that’s our opportunity.

This entry was posted in Experiences.

5 Responses to Who starts in 2012 to reform Europe, if not the entrepreneurs?